Your central bargaining committee spent an extended day Tuesday and all day Wednesday trying to get the Council of Trustees’ Associations (CTA) and Ontario government to agree on something. Even bereavement leave was apparently too much to ask for.

It was hours of waiting for the employer to respond with next to nothing.

Education workers want a minimum standard for bereavement leave in our central collective agreement. Negotiators for the government and trustees do not.

For a low-cost simple matter, the government and school boards didn’t seem to want to demonstrate good will – even knowing that thousands of education workers will start casting ballots in a strike vote later this week.

Refusing to settle on such a basic issue as bereavement leave shows that school board management and the Ford government doesn’t want to reach an agreement with education workers.

Your central bargaining committee tried to kickstart discussion on several issues, through the conciliation officer, that focused on priorities frontline education workers, parents, and students expect to see in your next collective agreement.

In the end, the employer and government’s response was to say “no” and revert to their initial insulting offer of August 15.

We prioritized issues that we know would help with the retention and recruitment of workers for school boards across the province. Issues that would help students have a better learning experience in school every day.

The following is a summary of issues we attempted to reach an agreement on over the last two days: 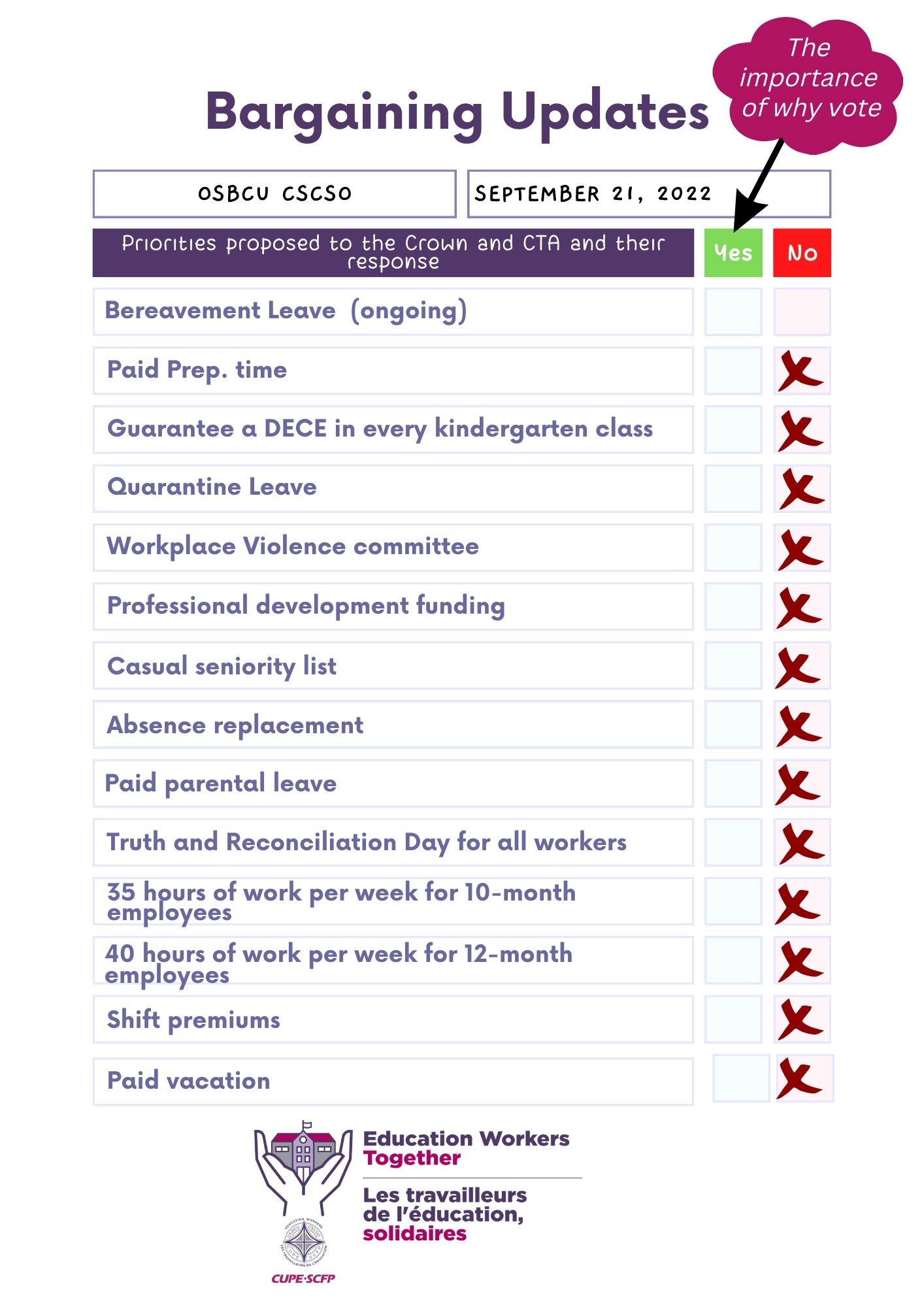 This is not an exhaustive list, but anything not mentioned here was also not agreed to.

To be clear, we are holding on our wage, benefits, job security, and funding proposals.

About OSBCU
OSBCU unites 55,000 Canadian Union of Public Employees (CUPE) education workers in the public, Catholic, English, and French school systems across the province. We are the backbone of the public education system in Ontario.